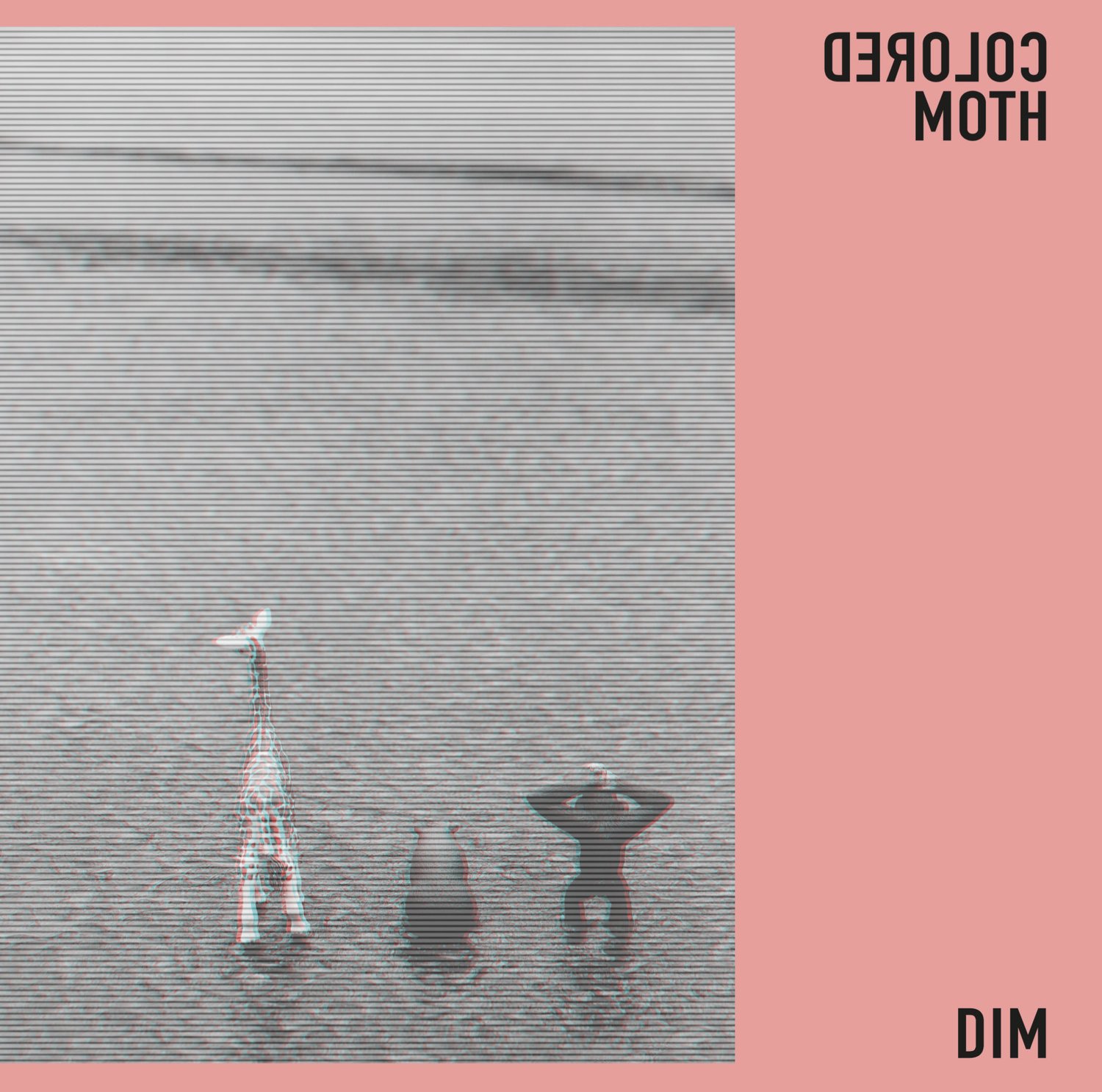 DIM times. – The sun is constantly shining, but only if you look out of a window. If you could take a look inside of a human being, it would be something quite different. Anxieties, Worries, Uncertainties appear because the basic order of this vast continent is put to the hardest test. These are dim times.

„DIM“ - The ominous 3rd record, of the trio Colored Moth from Berlin, narrates the dim fading of colors, but fights against it at the same time having color in its name. Limitless versatility on 13 new songs, dressed in a post-HC disguise. Recorded live for the first time and as usual in their own rehearsal room. Raw, grubby, sweaty and original, because everyone who saw them already on stage, knows that here lies the primal force of the band. Loosing themselves in the moment of the performance, so the audience needs to be concerned about the health of the three noisicians.

Colored Moth considers „DIM“ as more spontaneous and dynamical, that reveals its musical progress, as they drop plenty of bulky goods in order to sound more unlocked. Singer and bassist Sandor explains: „The expression of the songs are more direct and sound a bit more open compared to the last album.“

However, the experimental moment still exists, for instance, the four interludes, revealing the love for noise and ambient. Or, the long intro for the balladesque „Der Blinde Uhrmacher“, which builds up melodically, without wasting even a syllable of text, as the title already speaks volumes. „But yet, the „Colored Moth moment“ shimmers through on and off, creating mandala-esque melodies, noise attacks and unconventional arrangements.“ - says Christoph, singer and guitarist, about the compositional approach of the band.
Lyrically, political topics are picked up again and therefore the musical medium is used accordingly. For example, the song „Whataboutism“ or the shortest track on the album „The Social Darwinist Program“ gives a little history lesson about a traditionally everlasting competitive-driven society.
„What happens around us doesn‘t leave us cold.'“ depicts the band, „Quite the contrary: it is important for us to use our instruments and lyrics to be thought-provoking and express protest against a strongly human influenced world that is close to the abyss and has never managed to be in unison.“

The first song „Maelstrom“ was already released via Visions magazine on the 19th of June 2019 and can be streamed. In addition, a music video is in the making and will be released on the 4th of July.

„DIM“ will be published digitally on the 29th of August and the vinyl is available on the 12th of September. Subsequently, the band will hit the road again in autumn and winter.