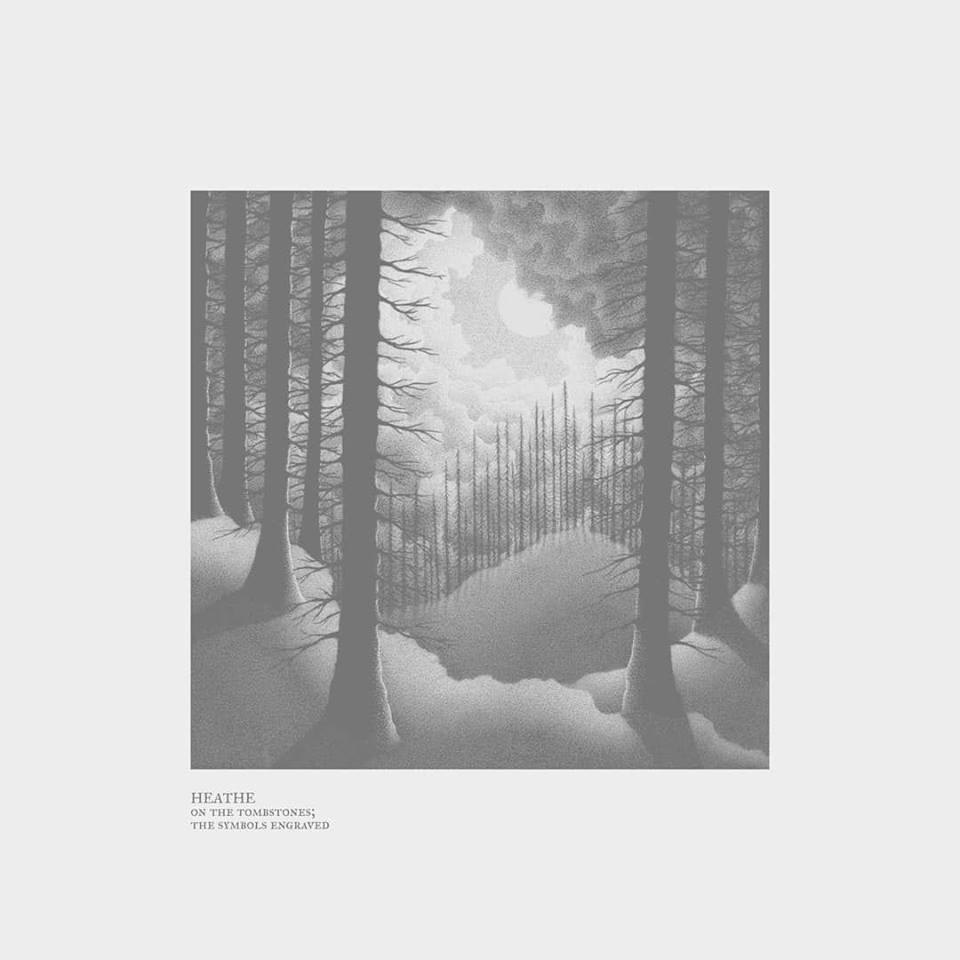 Heathe 'On The Tombstones; The Symbols Engraved' 12"

Heathe is a project born in Aalborg, Denmark, with a core of one single person and an ever changing lineup.

In the spring of 2016 heathe released its demo tape on the small Aalborg-based label Danish Vaishyas and in May 2019 their debut album, “ON THE TOMBSTONES; THE SYMBOLS ENGRAVED”, will see the light of day. On the album Heathe slowly moves from breathtaking blackened doom to enervating and noisy hypno-rock. The record will be released by german-based label Wolves and Vibrancy digitally and on vinyl.

In a live setting Heathe unfolds as a 7-12 piece orchestra, where strings, horns, guitars, drums and organs paint trance inducing and massive soundscapes in which eternity and the present melt together in an almost ceremoniel experience.

In its current formation, heathe consist of a colourful palette of musicians, known from their endavours in amongst others Get Your Gun, Hjalte Ross, Kogekunst, Kellermensch, The New Family, Døde Blomster etc.