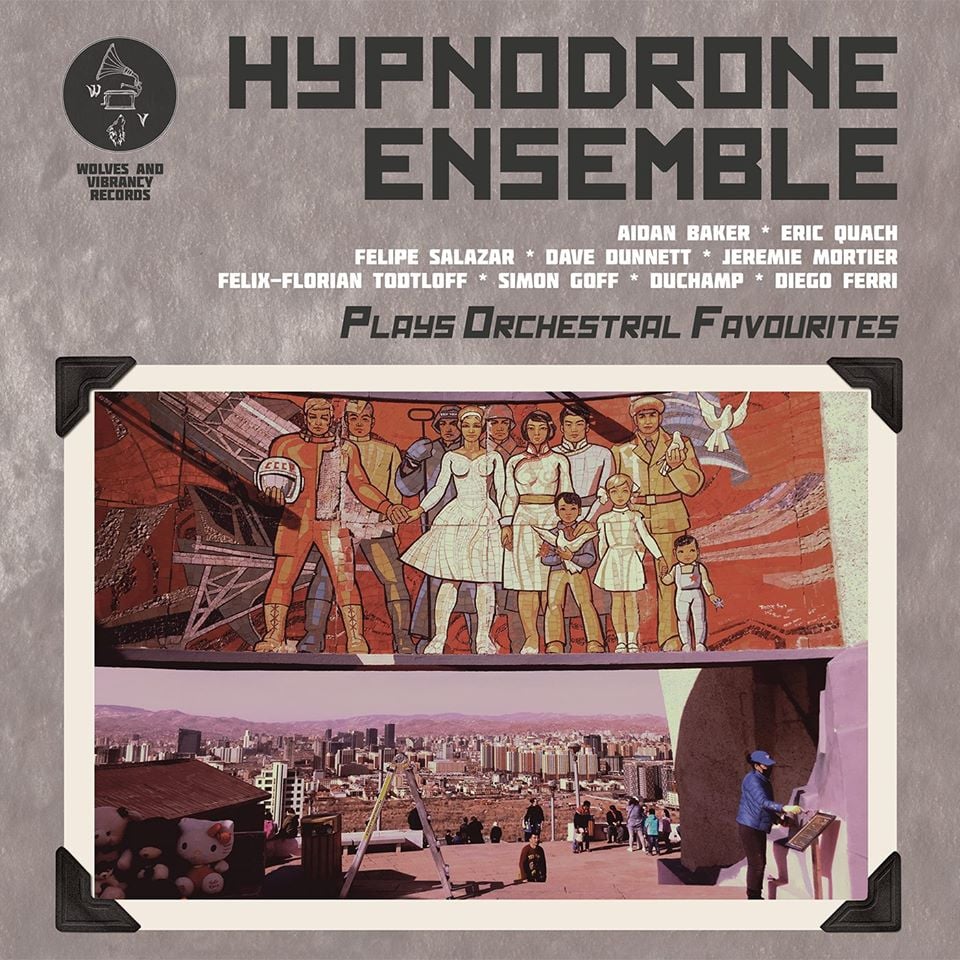 Hypnodrone Ensemble was formed in Berlin in 2014 by the Canadian experimental/ambient guitars Aidan Baker (also of Nadja) and Eric Quach (aka Thisquietarmy), along with the drummers David Dunnett, Jérémie Mortier (also of Alice In The Cities, Nearest Gas Station), and Felipe Salazar (also of Caudal). A quintet at its core, though occasionally expanding or changing members, the group creates free-form, semi-improvisational studies in rhythmic, psychedelic, atmospheric spacerock. Hypnodrone Ensemble released its self-titled debut, a live recording from NK in Berlin, on Consouling Sounds in 2014 and followed that up with the studio album, The Shape of Space, released on Calostro Recordings and Little Crack'd Rabbit Records in 2015. Following an expanded line-up performance in 2016 in Berlin, the group returned to the studio in 2017 to record 'Plays Orchestral Favourites' as a 9-piece group, with Simon Goff (also Molecular, Bee And Flower) on violin, Duchamp on baritone guitar, Felix-Florian Tödtloff (ex-Sun Worship) on bass, and Diego Ferri on synths.

The record comes in a fully printed 300gsm innersleeve and a heavy 350gsm outer sleeve.