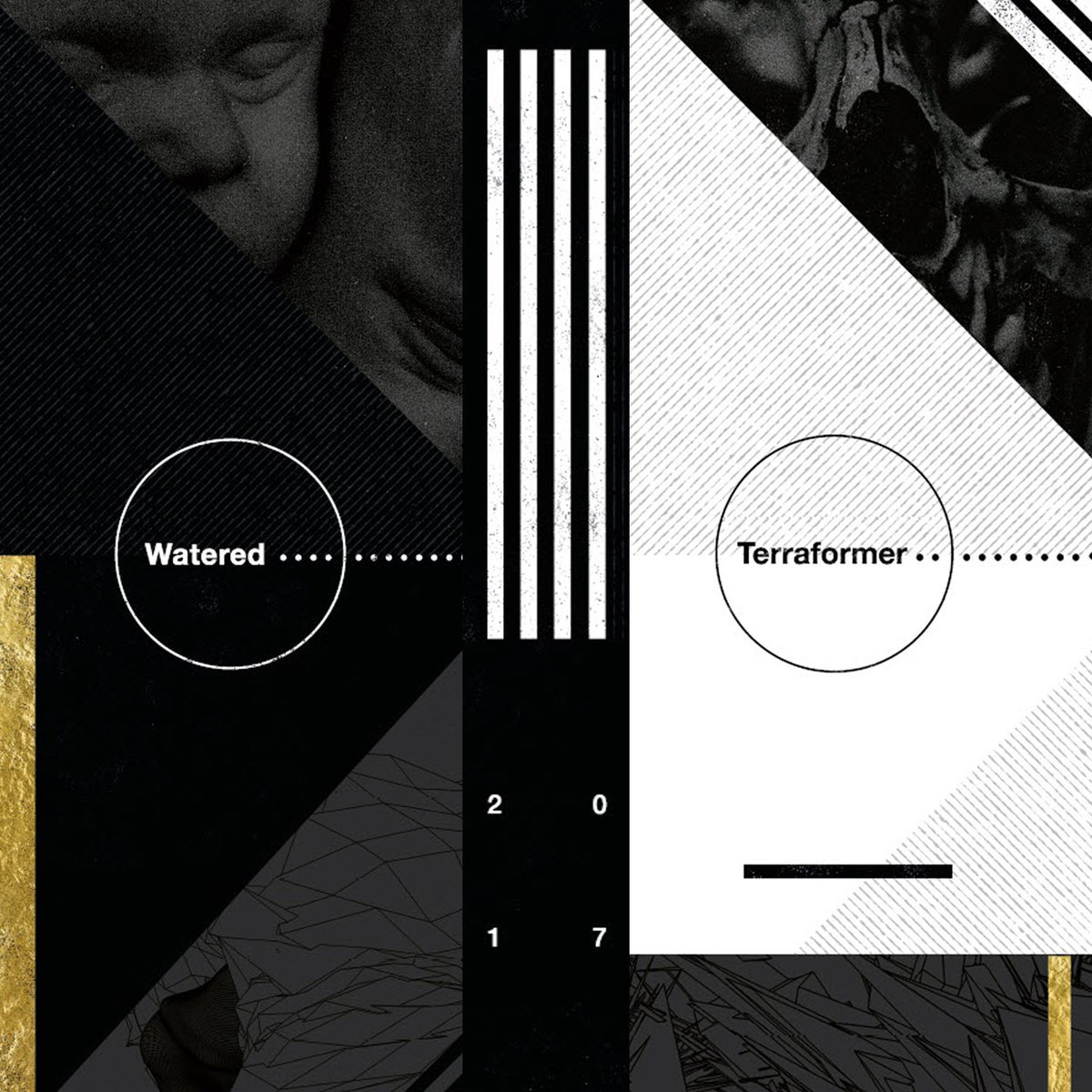 The 140g vinyl record comes in a 350gm² outer sleeve (inside out) and a
fully printed inner sleeve / edition of 500 copies: 150
black/clear split color / 175 white /
175 black incl. downloadcodeMore than 2 years after its initial idea this split
release between the german instrumental post metal outfit Watered and
Terraformer from Belgium finally sees the light of day.

After releasing their second album ‘Some Are Born Into
The Endless Night’ via AENTITAINMENT Watered decided that is was time for a
stopover before thinking about a next full album – and what better way there is
than sharing a record with a like minded band. United by the same approach to
create their own version of doom drenched post metal a perfect partner for a
joint release has soon been found in Terraformer.

The artwork has been designed by Sahba Yadegar / Prints of Persia who
has already contributed design for bands like Black Shape of Nexus.