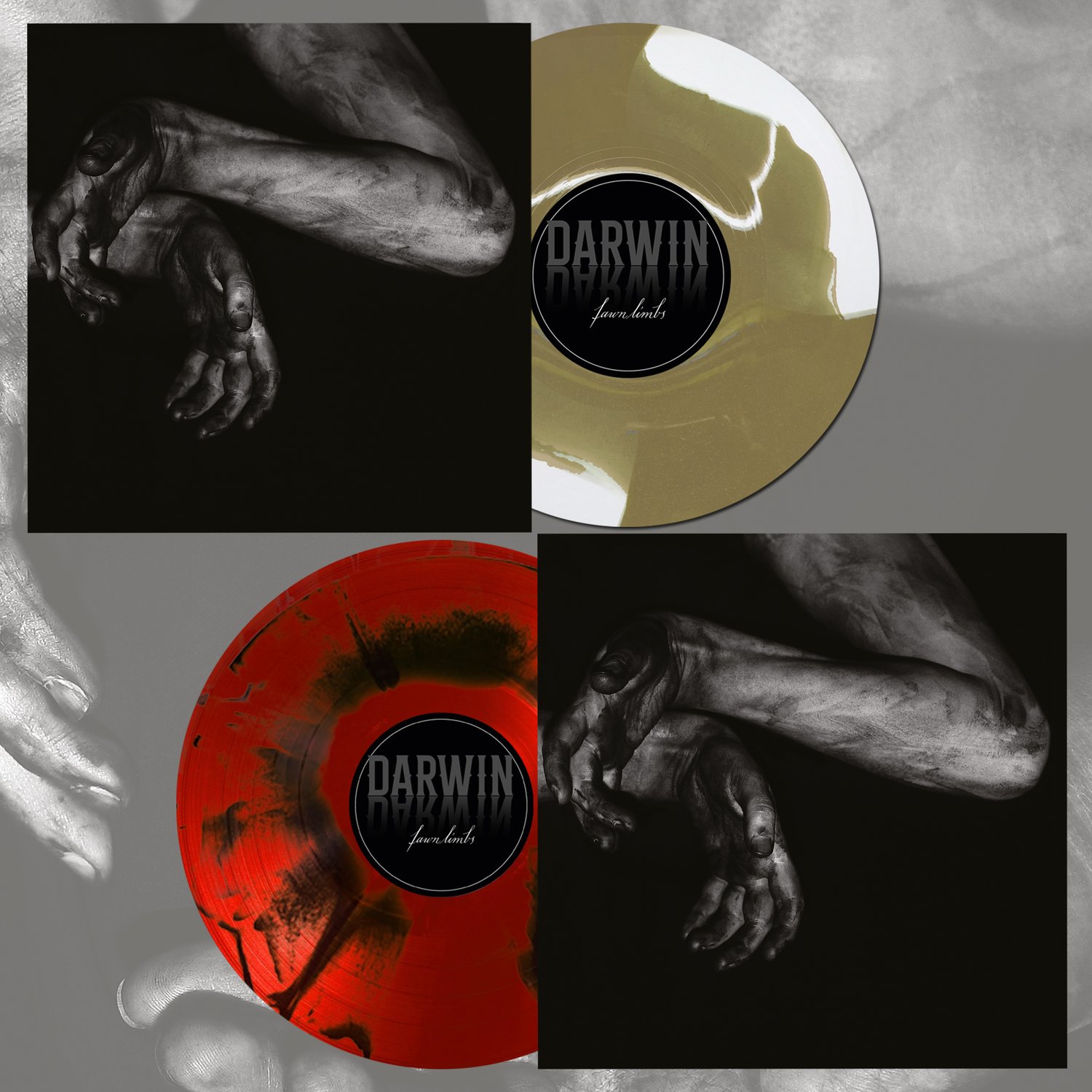 The Transatlantic avant-garde mathgrind trio Fawn Limbs are set to release their third album Darwin Falls on August 13th via Roman Numeral (US) and Wolves And Vibrancy (EU). The follow-up to the band’s well-received debut full-length Harm Remissions (’19) and its critically acclaimed successor Sleeper Vessels (’20) sees them tightening up on all fronts; by pushing their experimental agenda further than ever while simultaneously stretching their limits on both musical and thematical ends, Fawn Limbs have produced a gripping and uprecedented, singular work of art.

Formed in 2018 and having released two full-lengths and a plethora of EPs since, Fawn Limbs are a collectively a tireless workhorse – a perpetual motion machinery consistent in creation and execution. The band has operated with an adamant DIY ethic since day one, managing to gather a solid following and an expanding audience for themselves and their doings, being closer to an intimate cult phenomenon rather than a widely accepted and revered act. The band themselves know this, and are all the better for it; having developed an open environment not only nurtures Fawn Limbs’ ongoing aural onslaught, but further ensures that they’re not a cog in someone else’s wheel. And it is exactly because of this setting, that the band can musically continue to do exactly as they please, without external pressure or industry profit mongers, with Darwin Falls being the latest testament to the fact.

Fawn Limbs have made a name for themselves by a musical concoction uniting elements from mathcore, grindcore, and noisy electronics, with the result having been a uniquely violent but detailed barrack of sound.
The band has always cherished an experimental approach to the idea of music, not fearing stepping outside of their comfort zones repeatedly in the process. A good example of this ingrained aesthetic is their third EP Thrum from 2018 which nearly abandoned all of the band’s custom traits, focusing on atmosphere by means of doom-oriented pace, structured electronics, partly improvised Western-flavoured guitars, and having a story uniting fact and fiction on top of it all, narrated by the band’s drummer Lee Fisher. Now, three years later, Darwin Falls picks up from where that particular EP left off.

While being a sequel of sorts to Thrum by ethos, Darwin Falls extends beyond that particular sonic realm, utilizing the familiar, chaotic and grinding mathcore elements to its mien, all the while adding flavours from doom, post-metal, sludge, and folk music. Darwin Falls is a vortex of tonal tendencies molten into one coherent entity, where all the mentioned, musical aspects seamlessly blend together, forming something that no longer can not be expressed via genre tags or standard categorizations. Darwin Falls simply sounds like Fawn Limbs, and vice versa. That’s all there is to it, when it comes to force-fed molds and definitions.

Fawn Limbs’ select previous releases have featured one or few guest vocalists, but this time around, there is none, not to the pevious extent at least. Instead, in order to push the envelope more than before, the band invited renowned classical musicians from a global scope to provide additional depth to their newfound self.
These musicians, based wherever from New Zealand to Switzerland and from UK to Colombia, introduce entirely a new kind of flavour to Fawn Limbs’ output, with varying instrumentation including but not limited to viola, oboe, saxophone, electric cello, trombone, trumpets, and mellotron, for an example. The outcome is something, that for better or worse, seems to lack competition in the current, worldwide musical climate.

We adapted the international shipping prices to give you the lowest option possible beeing untracked shipping. This is the standard option.